ALERT COVID-19: We believe in safety of our employees and customers. Keeping in mind the prevailing conditions, we are temporarily closing down our operations until situation improves. Stay Home! Stay Safe!

It’s not a smartwatch, not a phone – but a “Phone Watch”. The Kospet Optimus Pro is a smartwatch running two independent Operating Systems powered by two independent processors. This Smartwatch Phone was built with a motive of replacing your regular phone.
The Kospet Optimus Pro Smartwatch can perform almost any task like any other “regular” android phone. From taking pictures, record videos, browsing and google maps. Apart from all these cool features, the device is also capable of supporting any android app but with some restrictions. That is most of the apps on the play store aren’t designed for the smaller screens. 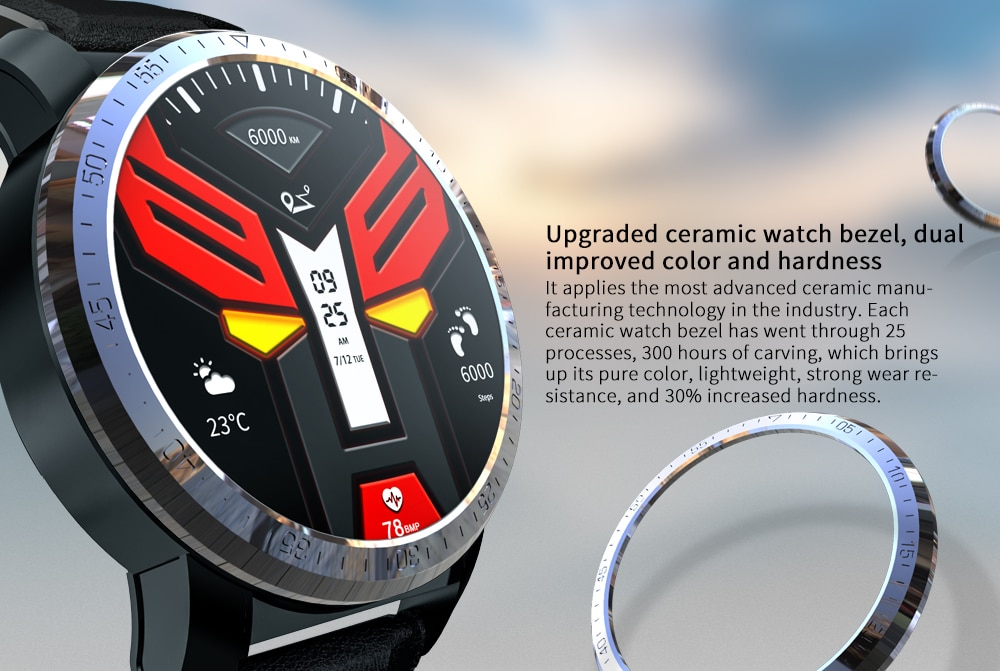 It’s just a basic design theory that Kospet Optimus Pro Smartwatch has followed. It looks like any other smartwatch. Although the build materials used pretty premium and the strap is also pretty solid. It is physically a 22mm black silicone strap used on the Optimus Pro. Overall it is a well-built device with rigid and tactile buttons. In fact, there is no way the build quality is going to make you feel any cheap.
The most attractive aspect of this smartwatch is that you get this amazing AMOLED Retina Display. It is 1.39 inches in size and packs over 372 Pixels Per Inch. The colors do pop out and the contrast is well calibrated. The AMOLED Display also offers better gamma (depth of black) and better readability under sunlight. Talking about the Software. Like I already mentioned, the Kospet Optimus Pro offers two Operating Systems. One is the Google’s Android Wear OS (with a custom skin) and the Kospet’s own Lite OS. You might find the Lite OS to be useful only if you’re a fitness freak. Otherwise, it’s just not that important. While you’re on the Long Standby mode or the Lite OS, you’ll still keep getting notifications. That is you will require the wiiwatch2 app installed on your regular phone in order to keep getting notifications in Lite OS mode.

The battery life is good enough to get over an entire day. On testing, the device, it gave me over 3 days of standby time with running the Android OS, 6 days with the Lite OS. In spite of the brilliant battery life with the Lite OS, you do get to lose a lot of cool stuff about having an Android Wear. The downfall about battery performance was the charging time. It took over 45 minutes to charge from 0-50%. That becomes pretty annoying when you completely rely on a device that doesn’t have a universal charging adapter.
Everything good about this smartwatch lies under the hood. The device is powered by a 3 GB RAM And 32 GB of internal memory. That is pretty sufficient to offer a fluid experience. In fact, I didn’t see any flicker or lag using this smartwatch. Further, the smartwatch casts two processors. One for the basic tasks and the other being a MediaTek quad-core processor for overloads. This helps to increase battery life significantly and maintain sustainable performance. The device also offers an inbuilt 8MP Camera. The camera performed more than what I expected. The colors are well maintained and contrast is not hyped. For a smartwatch, camera performance is really good.

Considering that it is a “Phone watch”, you get a NANO SIM slot on the back of the smartwatch. Just plug them on and there you go. A smartphone in the attire of a watch. Like any other smartphone, you can start making calls. Either you can use the inbuilt speakers or pair-up with a Bluetooth wireless earphone. As the speakers fail to perform on the streets with plenty of ambient noise. So it is better to stay connected to wireless earbuds while you’re traveling.

The Kospet Optimus is great as a phone watch but serves lower as a fitness tracker or as any other regular smartwatch. Definitely, if you’re planning to get this as a replacement to your smartphone, then you’re going to love it. Because the inbuilt fitness app doesn’t use the GPS hardware to track your performance. Another important aspect is that the Kospet Optimus Pro is IP67 Rating which means the device can survive when dropped into a body of water and only up to a certain meter deep. 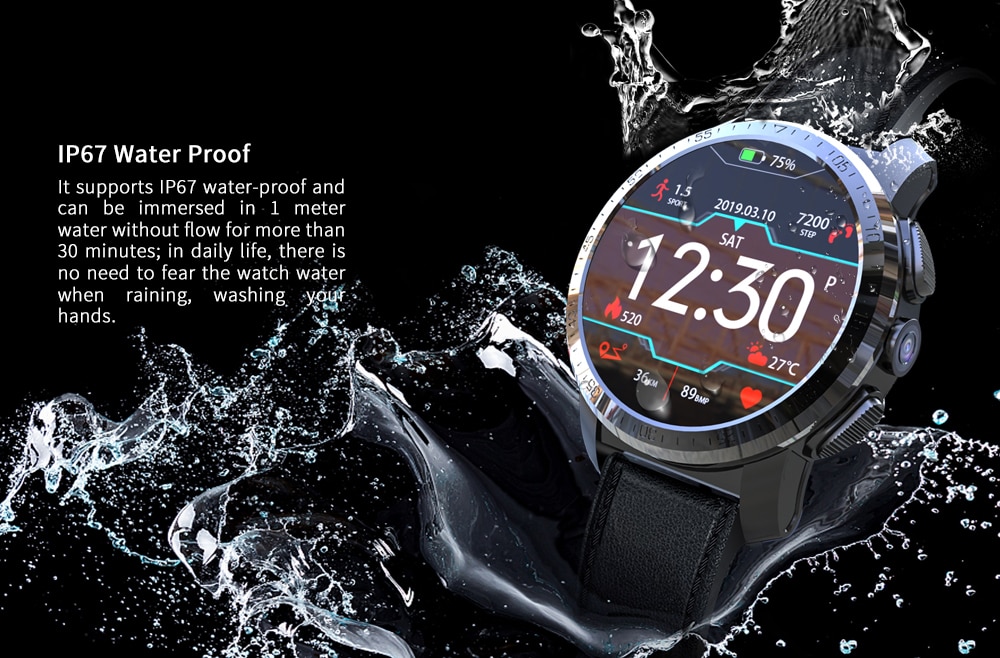 I love the fact that Kospet decided to give you the Android Wear OS instead of forcing a complete lite os smartwatch. Currently, you can purchase Kospet Optimus Pro that costs around 19400/- on Digicartz.